Diversity and Justice Justice is the norm in the Criminal Justice System in Indonesia, as regulated in Law Number 2012 on the System Juvenile Justice. The latest Law Number 11 Year 2012 was not available to be separated by UN Resolution Number 44.25 about Convention of the Rights which was ratified by the Indonesian Government dated January 26, January 1990 in the Presidential Decree No. 36 Year 1990. Convention on the Rights of the Children of the Republic of Indonesia was the basis of the consideration of the establishment of Law Number 11 of 2012 about Juvenile Criminal Justice System which replaced Law Number 3 1997 concerning Juvenile Court. At this time, there are a number of developed countries that have implemented diversion, among others is Australia. Australia has Act on Juvenile Crimes (The Young Offenders Act 1977).In which the Law gives the authority of lawyers (police)to do diversion child offender. This thing can be known from the purpose of the Juvenile Criminal Act Law. In Australia, the policymaking has the authority to do diversion in handling crime done by child. Authority is done with consideration: a) avoiding labeling or stigma which was caused by the effects of the system judicial justice. b) There are doubts about whether to progress from treatment to children. In Indonesia, regulated in Law Number 11 of 2012 about the Juvenile Criminal Justice System, which began after 2 years promulgated on July 30, 2012. In Law Number 11 of 2012, diversion was regulated in Article 17, Article 6 / Article 15. Regarding the restorative justice in developed countries, restorative justice not only in academic fields and practical practice and criminology North America, Australia, and some Europeans, restorative justice has been applied to all know the conventional criminal justice process, namely the investigation, prosecution, stage adjudication, and the stages of the trial. The justice-restructuring process looks for a facility dialogue between various parties affected by crime, including victims, perpetrators supporters and community are all over. Death involves the process that all parties who acted in crime were at the same time together to try to complete the scrutiny of how the negotiation after the crime has taken place Indonesia trial justice regulated in Article 1 Article 6, Article 5 (1) and Article 8 Section (1)Law Number 11 Year 2012.

This work is licensed under a Creative Commons Attribution-ShareAlike 4.0 International License.

Authors who publish with this journal agree to the following terms: 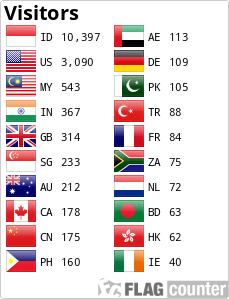